Enjoy bath time with Gudetama and Keroppi in Tokyo! 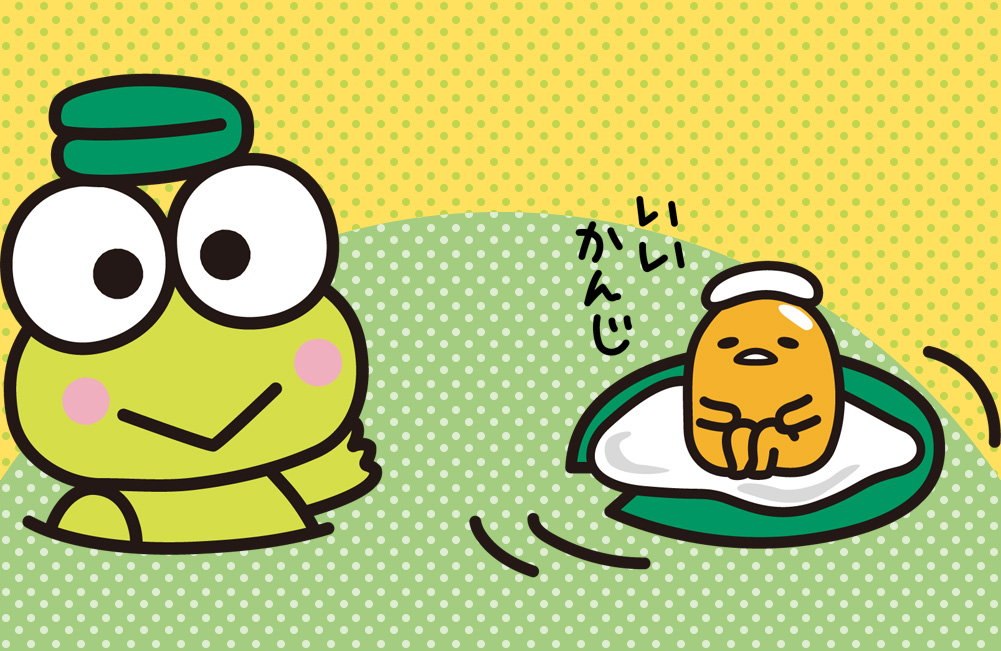 In one of the strangest collaborations of the year, you can now share a bath with Gudetama and Keroppi!

Raku Spa 1010 Kanda and Gokurakuyu in Tokyo are offering customers the chance to soak up some Sanrio goodness as part of a their spa visit.

With spa pools filled with either yellow or green balls featuring each characters face, you can relax with Gudetama and Keroppi all around you.

It’s not just the spa pools that are receiving a make over for this collaboration promotion!

The restaurants of both spas will be decked out in character relevant decorations and offer themed foods like vegetable curry, various pasta dishes and cream filled desserts.

Customers will also receive a free themed coaster to commemorate the promotion if they order any themed meal or dessert. There are 22 designs in total with 11 available at only at Raku Spa 1010 Kanda and the other 11 exclusive to Gokurakuyu.

Gokurakuyu have released a video that gives a closer look at the Keroppi pool and decorations!

Gudetama is first up at Raku Spa 1010 Kanda between October 16th and October 25th before they switch to Keroppi between November 6th to November 15th. Gokurakuyu are running the promotion during the same dates, but with Keroppi during the October dates and Gudetama during the November dates.