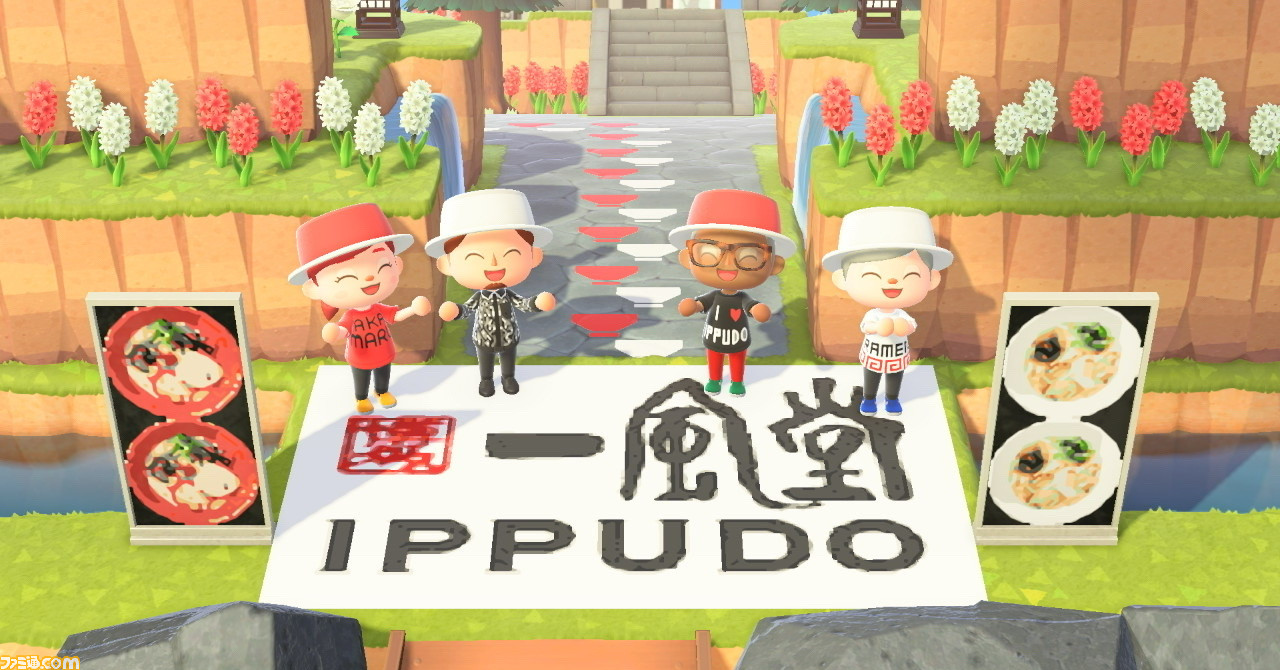 Japanese Ramen restaurant chain Ippudo will open their own “Ippuu Island” in Animal Crossing: New Horizons on October 15th! This happens 1 day before the 35th birthday of the Ippudo chain on October 16th.

Clothing for Ippuu Island inhabitants has been designed to reflect the famous “Shiromaru” and “Akamaru” ramen that Ippudo is known for. These include designs based on both Ippudo ramen and Ippudo staff uniforms!

Ippudo opened 35 years ago with the desire to “blow a breeze in the ramen industry” and although this year, on their 35th birthday, they plan on continuing in that vein by becoming the first ramen chain to enter the world of Animal Crossing.

Even though most people can’t go and eat out like they have in the past 35 years, Ippudo wanted to make their customers smile again. Ippuu Island is intended to be a way for Ippudo to show their thanks to the customers who have supported them as they’ve expanded from Fukuoka to the rest of Japan and into 15 different countries!

Ippuu Island is available for everyone around the world to enjoy “ramen culture” virtually even if they cannot fly across national borders any more.

On October 15th, Ippuu Island will be available for preview with limited access every 15 minutes from 3pm to 8.45pm (Japan Standard Time) with general access opening on the 16th. The official Ippuu Island social network accounts will provide details for the preview access.

The social networking accounts will also make details available for how to receive “Shiromaru” and “Akamaru” ramen inspired hats so you can rock some ramen headgear while visiting the island!