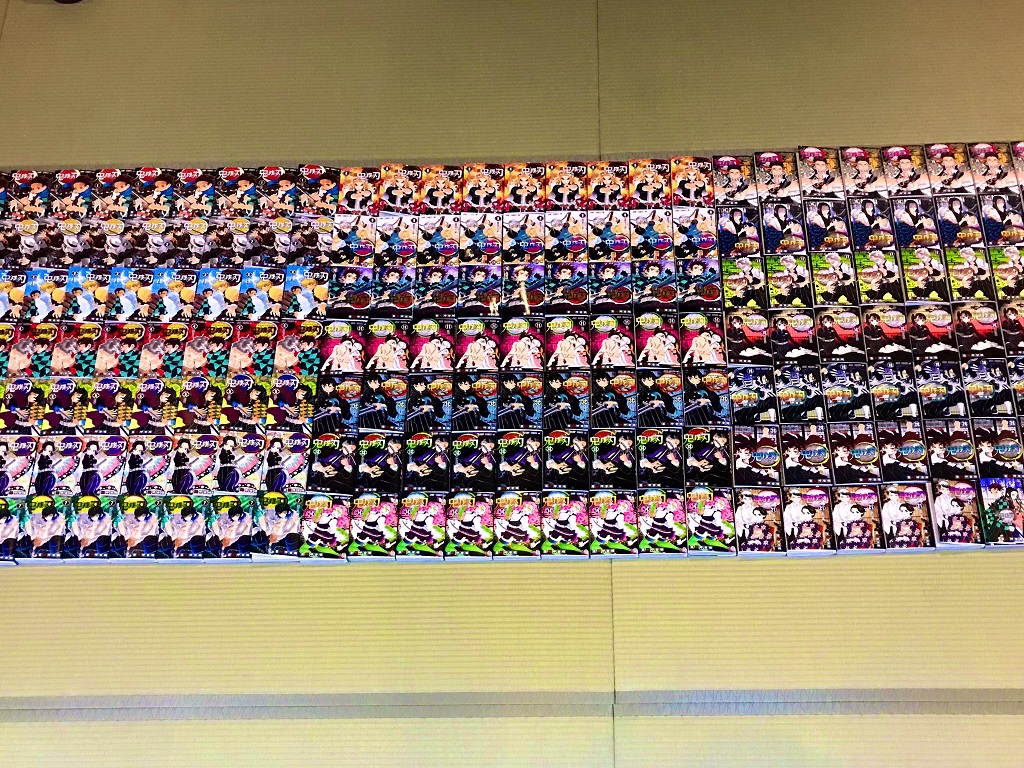 When 20 copies of Demon Slayer were stolen from an onsen in Yamaguchi city, fans of the series donated nearly 200 copies to replace them!

Yuda Onsen “Onsen no Mori” is a hot spring spa located in Yamaguchi City, Japan which offers visitors more than 5,000 manga and books to read while relaxing and enjoying the facilities.

On September 25th, the onsen’s Twitter account explained that volumes 1 to 20 of Demon Slayer had been stolen from their relaxation room.

Although the stolen manga still hasn’t been returned, fans of the series quickly started donating replacement copies. By October 11th, 190 volumes, close to 9 full sets of the manga, had been donated.

Some of the donors also included handwritten notes and artwork expressing sympathy and showing support for the Onsen.

Staff have even built a new bookshelf for the new collection and painted it with the pattern of Tanjiro’s famous checkered haori.

Looking to add to your own Demon Slayer manga collection? Dekai Anime has you covered with Demon Slayer and many other series now in-stock.