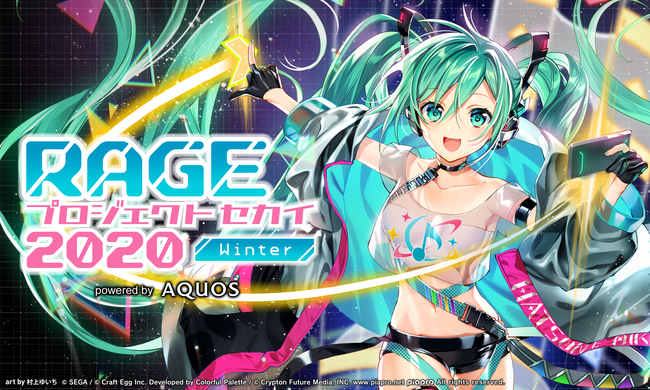 Skilled players will have a chance to compete in online qualifying tournaments between November 22nd to 24th and November 28th to 29th. Qualifiers will proceed to the finals held in Tokyo on December 13th. Winners will receive a share of 1 million yen in prize money and prizes from tournament sponsor SHARP.

As part of their entry into smartphone gaming, RAGE have commissioned artist Yuichi Murakami to create a new design for Hatsune Miku based on eSports competitors. This new design features Miku wearing e-sport inspired clothing and uses the notes that appear in the game as additional detail, with Miku herself being posed with her hand in an exaggerated swiping motion as she would make when playing the game.

This new artwork forms the official key art for the tournament and is also intended to be used to produce merchandise in the future. Hopefully, this means a figure may be eventually be released based on this cool new design!