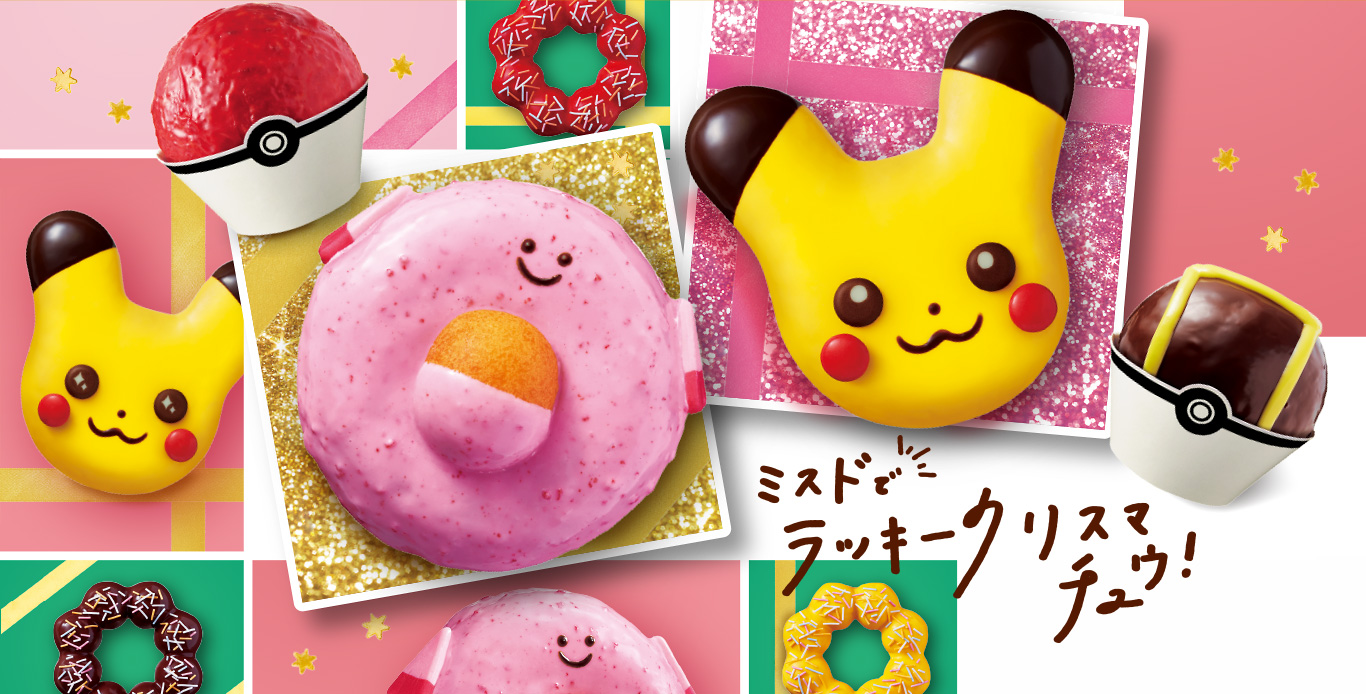 For the last two years, donut and coffee chain Mister Donut have released Pokémon themed treats over the holiday period. Pikachu and Chansey are the stars of 2020’s donut line-up!

For the third year in a row, donut fans can treat themselves to a tasty Pikachu shaped donut filled with custard flavour whipped cream and covered in pudding flavour chocolate.

A new addition for this year, the lucky pokémon Chansey has been receated in donut form and is covered in strawberry chocolate icing!

If you can’t bring your self to eat those cute donuts, then the Pokéball and Ultraball choux pastries are also available.

Mister Donut will also be making exclusive Pokémon mugs and bowls available for sale in their stores. These items feature Pikachu and Chansey as well as Sobble, Grookey and Scorbunny.