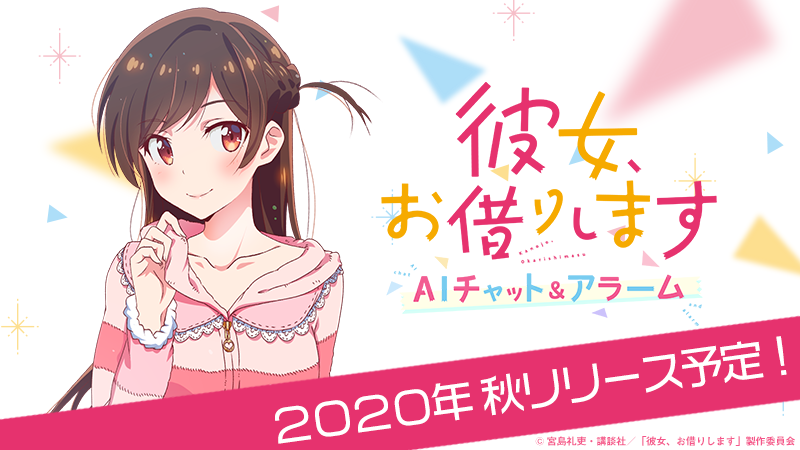 A brand new phone app has been created which uses artificial intelligence to allow the fans of Rent-a-Girlfriend to wake up and chat to an AI version of Chizuru Mizuhara!

The new app is available on both iPhone and Android devices and includes an interactive AI chat program as well as multifunctional alarm features.

The developers of the app have created a new way allowing the AI to deal with conversational dialogue which allows the user to enjoy conversations with a high degree of freedom not normally associated with AI chat apps.

This “next-generation dialogue AI” uses a hybrid model in which scenario-based conversation (rule-based talk) and free conversation (free talk) coexist which allows the AI to instantly select the optimum conversation from the conversation content and enable seamless conversation as much as possible.

By repeating conversations, users will be able to improve their familiarity with AI Chizuru and this will open up different conversation paths!

In addition, by increasing the familiarity, additional voice phrases that can be used for the alarm function, anime scene artwork and original illustrations can be unlocked!

As standard, the app includes an alarm function using original voice recordings for the app is to cover different times of the day such as morning, noon, night and special events.

The app can be downloaded now from the Apple App Store and from Google Play. It currently only supports the Japanese language so anyone looking to download it will need to brush up on their Japanese before talking to AI Chizuru!