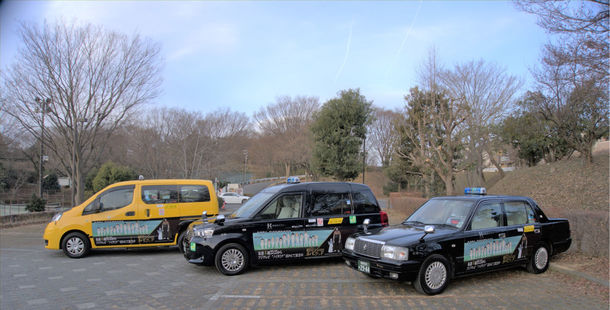 Taxis in Japan can be an expensive way to get around, but this latest promotion makes then slightly better value with free The Promised Neverland merchandise given to lucky customers!

Given Japan’s efficient public transport system and the large rail network in most major cities, getting a taxi may not be the obvious choice for getting around but this latest promotion may incentivise fans of The Promised to use them.

With over 260,000 taxis operating across Japan, these may be hard to find, but Kanachu Taxi will be operating them in the following areas of Kanagawa Prefecture and neighbouring Tokyo:

Customers lucky enough to find one of these taxis will be be given a clear file folder once they reach their destination. From January 14th these will feature Emma and the design will change to Ray on February 4th. A third design, possibly featuring Norman, will be given out from February 25th to March 17th when the promotion ends.

In addition to this, any customer who pre-books a taxi during the promotion period will receive a free face mask holder!