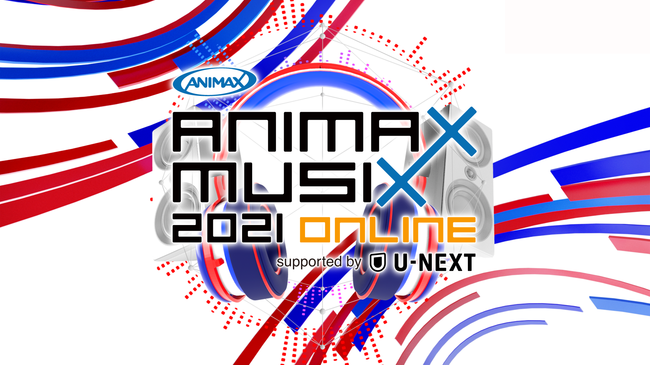 The ANIMAX MUSIX anime music festival is moving online for 2021 and the first performers plus a new free streamed show have been announced!

Broadcasting from the Tokyo Ariake Arena on January 30th and 31st, ANIMAX MUSIX 2021 ONLINE will be streamed by Japanese streaming service U-NEXT so fans can still take part in the event, even though it’s no longer possible to attend in person due to pandemic related restrictions. Previously the festival has taken place in Taiwan, China and in the Japanese cities of Kobe and Yokohama.

Even more performers are still to be announced to for both days. Ticket prices start at 4,700 yen to stream the festival via U-NEXT.

A new free event is also scheduled to take place on October 31st at 6pm (JST).

ANIMAX MUSIX NEXTAGE ONLINE will be broadcast from the Veats SHIBUYA venue in Tokyo and remain viewable via U-NEXT for a week afterwards. Confirmed acts performing at this event include Riko Azuna, Akane Kumada, sajou no hana, Happy Around! From D4DJ, MADKID, Mia REGINA

The live broadcast of “ANIMAX MUSIX NEXTAGE ONLINE” does not require U-NEXT membership and can be viewed free of charge.

The main ANIMAX MUSIX festival was held across two venues last year in Kobe and Yokohama. Performances from both venues are now available to stream free on U-NEXT. The following links can be used to access the streams: