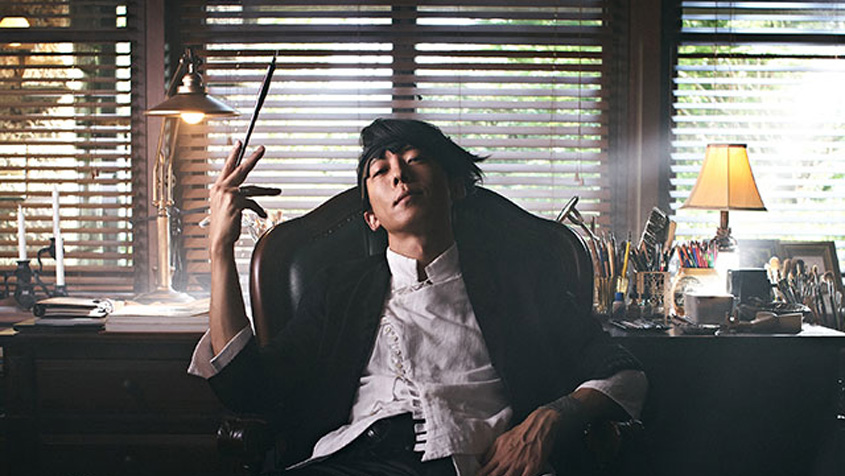 The latest JoJo’s Bizarre Adventure spin-off has been announced! For three consecutive nights in December, the new live action drama “Thus Spoke Rohan Kishibe” will be broadcast in Japan.

Issey Takahashi has been cast as the title character alongside Marie Iitoyo as Kyoka Izumi. NHK, the network broadcasting the series, promises that the series will feature Rohan, along with his editor Kyouka Izumi, encountering incidents and events beyond human knowledge.

The mini-series will broadcast a new episode each night from December 28th to 30th and airs at 10pm JST each night. Cast photos from all three episodes have been published, showing just how the series intends to adapt each character.

Episode 1 will adapt the Millionaire Village story which had previously been adapted as an OVA. The next will adapt the Kushagara short story, while the final episode will adapt the D.N.A. story. NHK has also released short synopsis of each episode.

Episode 1 “Millionaire Village”
From 10:00 to 10:49 on Monday, December 28,
The Millionaire Village has 11 mansions in the mountains isolated from the surrounding area. The owners are all successful millionaires and all are said to have succeeded since they bought land in the village in their twenties. However, it seems that no one is allowed to buy land unless they clear certain conditions. Rohan goes to the Millionaire Village with Kyouka Izumi to confirm the truth of the matter.

Episode 2 “Kushagara”
From 10:00 to 10:49 on December 29 (Tuesday)
Rohan receives a strange query from his colleague, the manga artist Shishi Fifteen. The editor in charge told him that the word “kushagara” was prohibited, but there is no meaning given to the word in any dictionary. Fifteen wants to use the word, however, it cannot be used without knowing the meaning.

Episode 3 “DNA”
From 10:00 to 10:49 on Wednesday, December 30th
Kyoka asks Rohan to look into the memory loss of the photographer Taro Hirai, whom she is dating. Rohan. Taro, a well-known photographer, suffered a traffic accident six years ago and survived, but did not fully reintegrate into society.