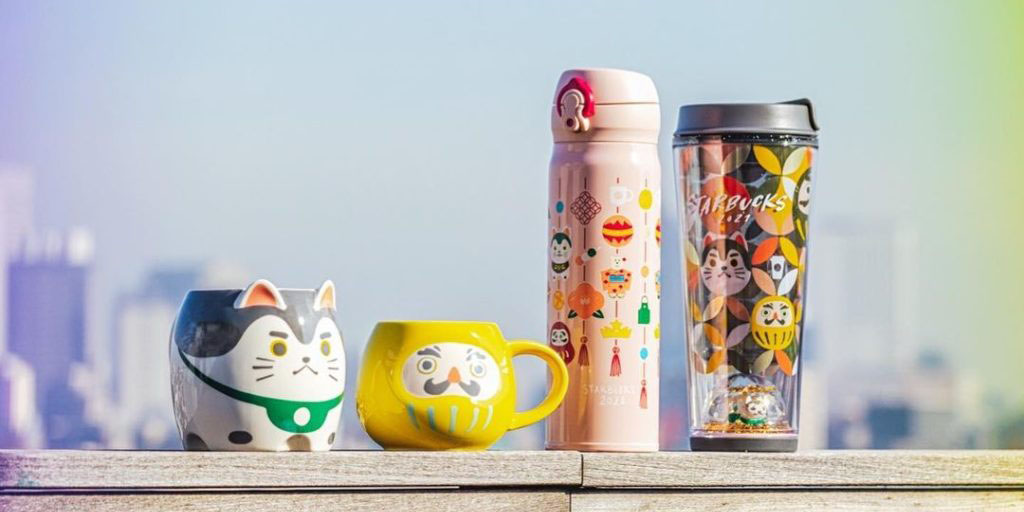 Starbucks Japan is celebrating the start of 2021 and the upcoming Chinese New Year, which will be the Year of the Ox, with a host of new year themed goods.

A popular theme in these new seasonal goods are Daruma, a traditional Japanese doll. Daruma are often sold by temples and used as charms to invoke good luck and the completion of goals. Many temples hold ceremonies, where the Daruma purchased over the previous year are burnt shortly after the New Year.

As the upcoming Chinese New Year means we move into the Year of the Ox, a small selection of Ox themed goods are also available. These include a mug, soft toy and themed gift card.

The first dream of the new year, or Hatsuyume, is believed by many Japanese to indicate the fortunes of the dreamer during the rest of the year. According to the traditions around Hatsuyume, one of the most auspicious things to dream about is Mount Fuji. It’s no surprise that there are a pair of items inspired by Japan’s tallest mountain. Mount Fuji has been recrerated in glass for this new glass mug from Starbucks and it can also be found inside a snowglobe that forms the lid of a new mug decorated in traditional symbols of the New Year.