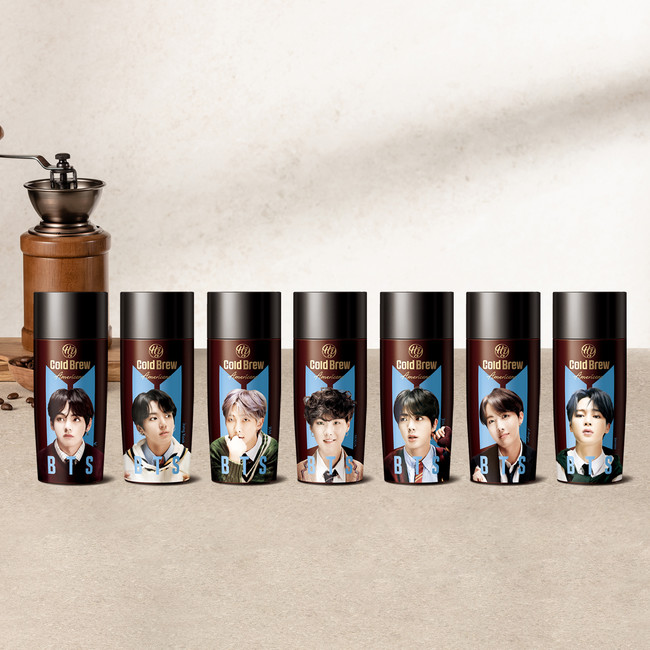 The Japanese convience store chain Lawson is now offering BTS branded cold brew coffee in over 13,666 of their locations across Japan following a successful six month trial in Hokkaido!

Sales of the BTS branded cold brew began in a limited number of convinience stores in the Hokkaido are in June 2020.Since then it’s proven to be so popular that the sales area has been expanded several times until the decision was made to make it available at Lawson stores nationwide.

“Hy Cold Brew Americano Coffee” is is a classic Americano style black coffee with no sugar, milk or cream. It has been brewed by Charles Babinsky, a USA Barista Champion, and uses a combination of the finest coffee beans from Ethiopia and Honduras which have been carefully selected at a ratio of 50:50 to give the drink a unique and elegant taste.

Each bottle contains 240ml of coffee and each bottle features one of the members of BTS as part of the packaging. Unlike many of the products produced in collaboration between food businesses and pop groups such as BTS, no timeframe has been announced for when sales will end so it looks like BTS coffee will be available at Lawson as as long there’s a demand for it!